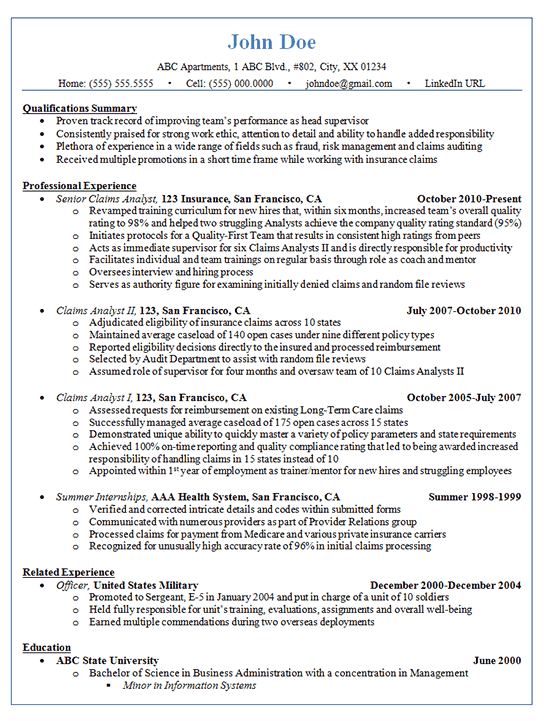 This resume was created for a financial professional that has consistently moved up the ladder at his Insurance Company.  The claims analyst resume example below shows how to highlight multiple promotions within the same company.

The bullet points demonstrate that the individual was highly successful dealing with increased responsibility and workload after each promotion.

Quantifiable accomplishments were used to drive home the fact that this client has greatly improved his company’s efficiency and quality at each position.

The resume began with a Qualifications Summary specifically designed to showcase skills that are critical for positions for which he will be applying.

Also,  military experience was included because it demonstrates a strong ability to lead under stressful and unpredictable circumstances.

The resume concluded with a brief section on Education because of his strong experience that was listed first on the resume.