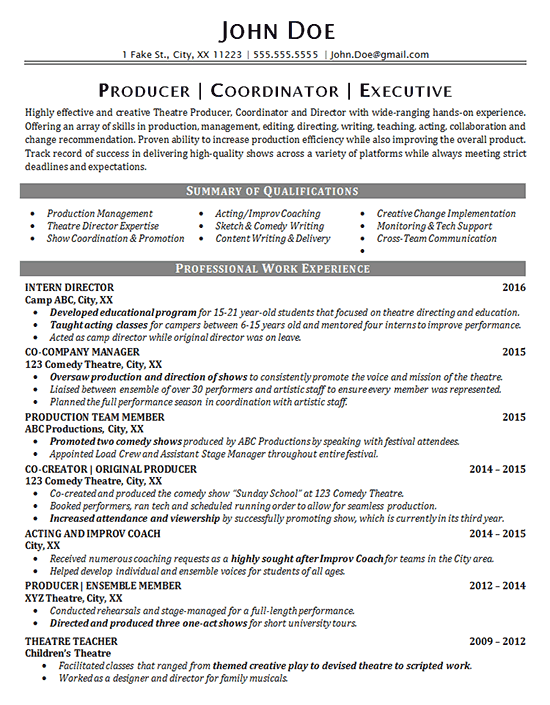 Created for a client hoping to break through in the Entertainment industry, this theater resume example can be a good reference for anyone in acting, theater production and fine arts.

The seeker went to school for Fine Arts, but recently worked in retail and other unrelated jobs out of necessity. The goal was to re-focus their career.  The challenge was to design a resume that truly did focus on his experiences in the Entertainment industry without it looking like there were gaps in employment.

Additionally, the client need the resume to truly highlight the rich and impressive history that this client has in the field. For these reasons, we began with an introductory paragraph and Summary of Qualifications section. Both of these sections were solely focused on qualities and skills related to Entertainment.

From there, his Professional Work History section also solely focused on experiences in theater production and education. Fortunately, even though he did venture into other fields of employment, he did have enough relative experience  to make this section flow nicely without any large gaps.

To show that this client is currently employed (just not in the Entertainment field), an Additional Work Experience section was included that describes his “non-theater” jobs

The job candidate also had some related experience as a student, so a separate section was created for Undergraduate Work Experience. 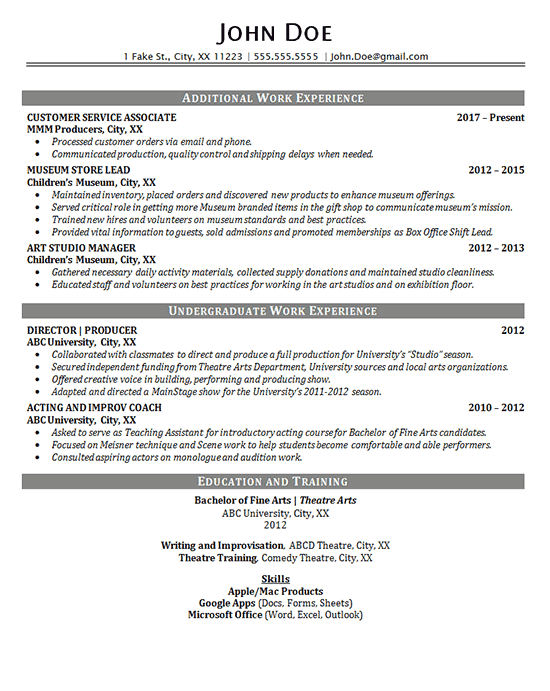 Track record of success in delivering high-quality shows across a variety of platforms while always meeting strict deadlines and expectations.